Many men often have difficulties with achieving a stable erection and completing sexual intercourse. Such difficulties can be caused by many reasons. The most common reason is chronic diseases that adversely affect sexual function and hormone levels in the body. It’s no secret that men with diabetes, obesity, hypertension, high cholesterol and cardiovascular diseases usually have low testosterone levels, which cause erectile dysfunction (ED). Some studies have also shown that erectile dysfunction may be an early sign of cardiovascular disease. 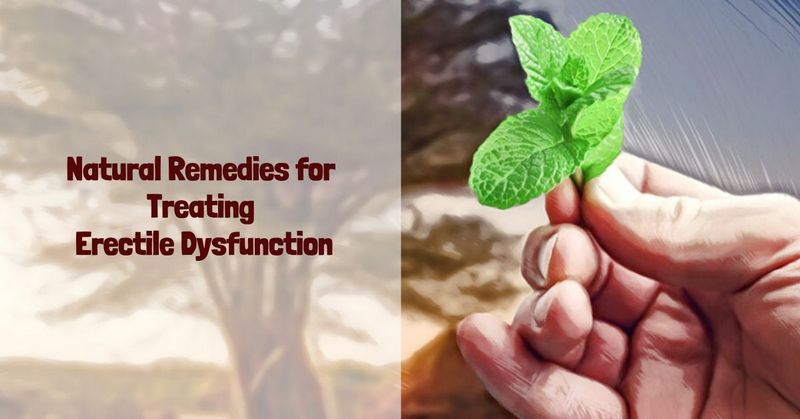 Men who lead a sedentary lifestyle are at increased risk of developing not only diabetes and heart disease but also erectile dysfunction. Normal exercise and moderate activity are extremely important for healthy vessels, helping to improve blood circulation not only in the heart and brain but also in other important parts of the body.

It’s important for men who are overweight and obese to lose weight. A 2003 study showed that overweight men whose body mass index (BMI) is 28.7 or more than 30% are more likely to have erectile dysfunction compared to men whose BMI is below 25 – an indicator of normal weight. Following this, the authors of another 2004 study published in the journal of the American Medical Association concluded that “improvement in sexual function is associated with lifestyle changes in about one-third of men with initial obesity and erectile dysfunction.” Achieving optimal weight should be the main goal for those who want to improve sexual health. For this purpose, many choose paleo-diet, vegetarianism or keto-diet.

L-arginine is an amino acid that plays an active role in blood circulation throughout the body. L-arginine, a precursor of nitric oxide, is a molecule that contributes to normal circulation. A study conducted in 2014 showed the effectiveness of this amino acid in angina pectoris, cardiovascular disease and erectile dysfunction.
A double-blind, placebo-controlled study conducted in 1999 showed that taking L-arginine at a dosage of up to 5000 mg per day helped to improve the symptoms of erectile dysfunction compared with placebo. However, according to another 1999 study published in Urologia Internationalis, doses of 1,500 mg per day were not effective.

Recommended dosage: as indicated on the label.

Ashwagandha is an adaptogen plant that can be an effective way to combat chronic fatigue and problems with libido. The homeland of ashwagandha is Asia, in particular, India and the regions of China. This medicinal plant is widely distributed in Ayurvedic medicine and has been used for thousands of years.

In 2015, a study was conducted involving 57 men who took a placebo or ashwagandha for eight weeks. Before and after the test, testosterone levels were taken. Over the same time period, men also received resistance training. The results showed an increase in testosterone levels in those taking the medicinal plant compared with those taking the placebo.

Recommended dosage: 500 mg once or twice a day.

Maca root (Lepidium meyenii) is an adaptogen plant that is grown in the Andes of South America at an altitude of 13,000-16,000 feet (4,000-5,000 m) above sea level. Maca was traditionally used by the Incas and was famous for its many healing properties. It was taken mainly to increase libido and fertility. Many considered this plant an aphrodisiac.

Studies have shown that Maca root can increase sperm count and motility. A double-blind, placebo-controlled study published in Andrologia in 2002 showed that men who took Maca root increased their sexual desire compared to those who took a placebo. A 2009 study by Andrologia showed improved sexual function in men with mild erectile dysfunction.

Recommended dosage: Take as directed on the label.

Asian ginseng is useful in many diseases. The birthplace of Asian ginseng is Korea, where this plant has been used for over 2000 years. Ginseng also grows in the regions of Siberia and China. Asian ginseng is unique – it should not be confused with other well-known types of ginseng, such as American or Siberian ginseng. Other names for Asian ginseng are Korean red ginseng, Chinese ginseng, or Panax ginseng.

Recommended dosage: Take as directed on the label. You can also drink it in the form of hot tea.

The powerful antioxidant pine bark extract was originally used by the indigenous peoples of North America and Asia as a medicinal plant. French explorer Jacques Cartier reportedly used pine bark extract during an expedition in 1535 to treat scurvy, a disease caused by insufficient intake of vitamin C.
Today, supporters of an integrative approach in medicine also recognize the many beneficial and anti-aging properties of pine bark extract. Several preparations with pine bark extract are available on the market: it can be taken in capsules, used as an essential oil, or added to a lotion for external use.

One of the most popular preparations is pine bark extract (Pinus masonianna from Asia), and French coastal pine bark extract or pycnogenon (Pinus pinaster ssp. Atlantica from Europe) is a patented version of this powerful nutrient.

Recommended dosage: as indicated on the label.

Tongkat Ali, also known as Malaysian ginseng, grows in Southeast Asia. A 2013 study showed that daily intake of 200 mg of Tongkat Ali can lower the level of the stress hormone cortisol and at the same time increase testosterone levels by 37%.

A separate 2012 study published in Andrologia found that taking 200 mg Tongkat Ali daily with 200 mg might increase testosterone levels in men with low testosterone levels. A 2017 study published in the Chinese Journal of Natural Medicines also showed that Tongkat Ali can be an effective tool that not only helps increase male libido but also improves sperm quality and quantity.

Tribulus is a plant popular in Asia and Europe. This herb has been used for thousands of years in both Ayurvedic and traditional Chinese medicine, helping to normalize male libido and erection. A 2012 study published in The Journal of Sexual Medicine showed that Tribulus terrestris can be useful for men with erectile dysfunction. According to some studies, this medicinal plant is able to increase testosterone levels, while other studies show that the effect of Tribulus is based on an increase in nitrous oxide (NO).

Fenugreek is a plant well known to the indigenous peoples of India. It is used in Ayurvedic medicine to eliminate digestive problems and libido. A 2011 study showed that fenugreek can help increase libido and maintain healthy testosterone levels. However, a 2009 study involving male athletes concluded that fenugreek does not have a beneficial effect on testosterone levels. Many of those who took fenugreek reported its effectiveness, while some did not notice any improvement.

Top 4 foods that will improve the quality of sex

Food is a determining factor in our health and a great influence on the body. Proper nutrition can help prevent disease and strengthen our immune system. Also, food affects the quality of sexual life. Add the following foods to your diet and your intimate life will improve.

Chocolate contains bioactive ingredients called flavonol. Scientists at the University of San Francisco claim that chocolate-flavonol helps restore blood vessels and helps distribute the blood in the body, which has a beneficial effect on stamina during intercourse.

Turkey (like fish and red meat) contains large amounts of citrulline. A study by Ataturk University in Turkey showed that consuming more of this amino acid helps reduce fatigue during prolonged exercise. Therefore, this is an excellent option for maintaining blood flow in the genitals.

Cinnamon is very popular both in the culinary world and in the manufacture of cosmetics. However, using it as an additive in food also benefits the body. Cinnamon stimulates blood supply, which positively affects the quality of orgasm.